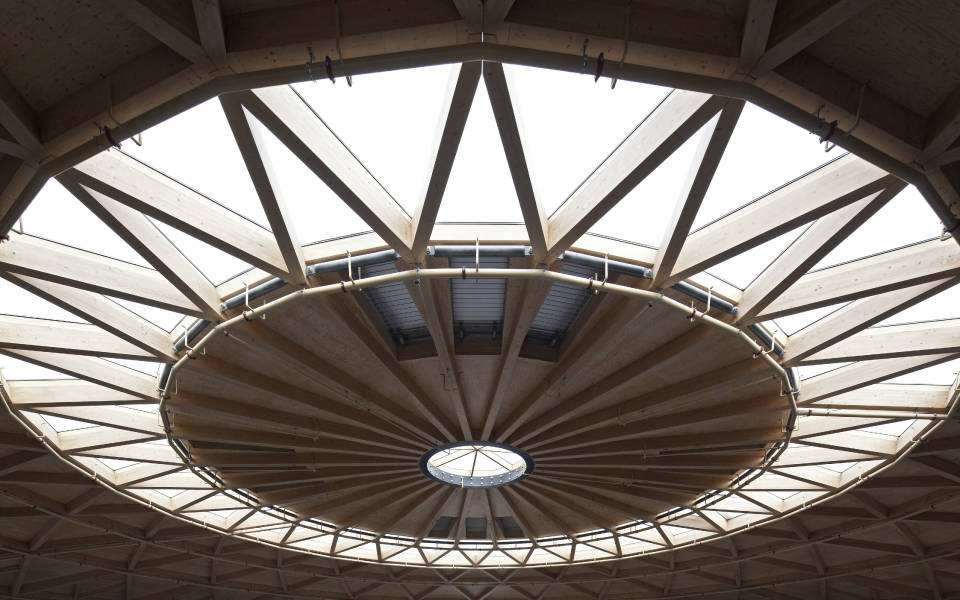 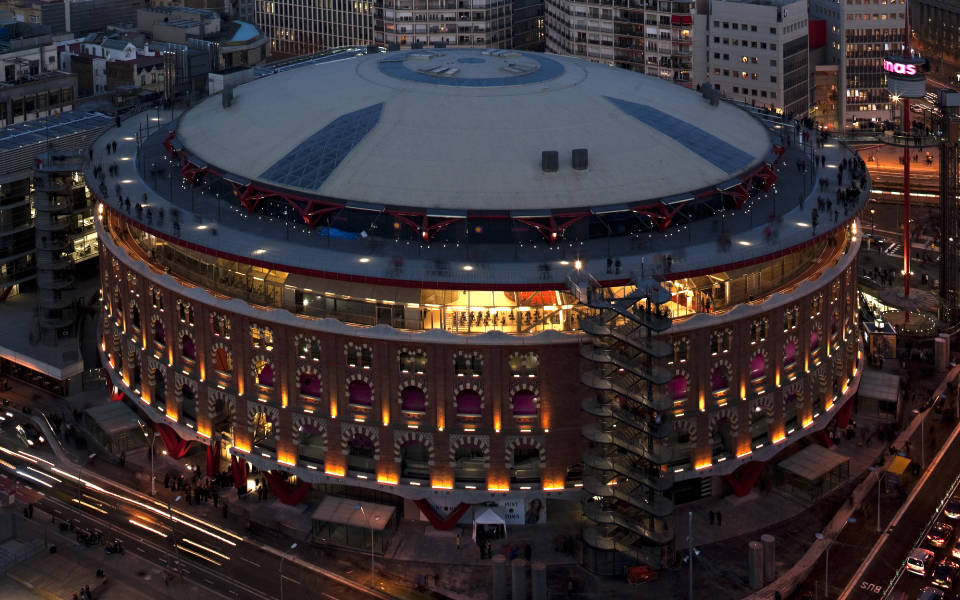 Rogers Stirk Harbour + Partners were appointed to redevelop a historic bullring (built in 1898) in the city of Barcelona into a major new mixed leisure and entertainment complex. The main aim of the redevelopment is to retain and refurbish the striking mudejar façade. Inside will be approximately 45,000 square metres of mixed activities and a 1,200 space car park in the basement.

The roof with 76 m diameter and the giant dish are supported on huge pylons and rises only ten metres from its perimeter to the centre. The proposed grid-shell of timber will not only provide a visual contrast with the steel used to construct the 100 metre-diameter dish, but has the environmental advantage of being a sustainable and renewable natural resource. The choice of timber also meant that the structure could be exposed, to dramatic visual effect, as fire performance is achieved by sacrificing charring layers.